The purpose of this study was to determine the role of coach in fostering the morale of the PBV Skanor Lamongan  athletes. The researcher uses descriptive qualitative research. The research subjects were volleyball one coach and ten athletes in Sendangagung Village, Paciran District, Lamongan Regency. The study was conducted in February 2022. The data collection techniques in this study were through the methos of observation, interviews and documentation. The type of interview used in this research is the in-depth interviiew used in this research is the in-depth interview category. The data analysis technique used in this research is using the Miles and Huberman model, which includes data collection, data reduction, data presentation and drawing conclusions. Based on the results of the analysis that has been carried out by the researchers, the results show that: 1) The role of the coach for a PBV Skanor Lamongan athlete is as a teacher.  2) The PBV Skanor Lamongan coach applies moral coaching on the field and outside the field. 3) The values of sports moral development applied by the coach to the coaches PBV volleyball athletes Skanor Lamongan include: responsibility, honesty, discipline, fair play, team work, never give up. 4) PBV athletes Skanor Lamongan are more dominant in showing conformity with the values applied by the coach. 5) The PBV Skanor Lamongan trainer is able to carry out his role as a fairly good teacher in fostering the morale of athlets. 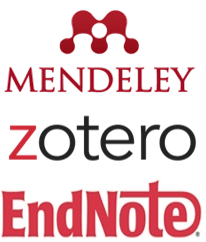