Muslim influencers in urban communities are a new phenomenon where social media is a place to share daily content which is then enjoyed by followers. With this easy-to-use internet character, influencers are a means to find fashion inspiration in hijab creations, especially hijab turbans. This study aims to determine and describe how the social background and individual of an urban Muslim influencer influence the formation of self-concept in individuals. By using phenomenological methods and types of qualitative research. Researchers conducted observations and interviews based on data obtained from primary data sources, namely, urban Muslim influencers who use hijab turbans. Then analyze the data findings with self-concept theory. The findings from the study show that each influencer has a reason that is formed by family factors and the need to choose to use a hijab turban. With different backgrounds by influencers, namely students, musicians, creative agency staff, and fashion stylists, the influencer's self-concept is formed more varied. Through the statements of the four informants, it was also found that the informants tended to normalize the deviation in the use of hijab through the turban variant with the alibi that they were adapting to changes in modern fashion. This is allegedly because the informants who are micro influencers cannot stem the flow of modernity in the development of fashion. Moreover, being an influencer is certainly required to look attractive on social media. So that without realizing it, the process of forming self-concept occurs naturally and occurs naturally. 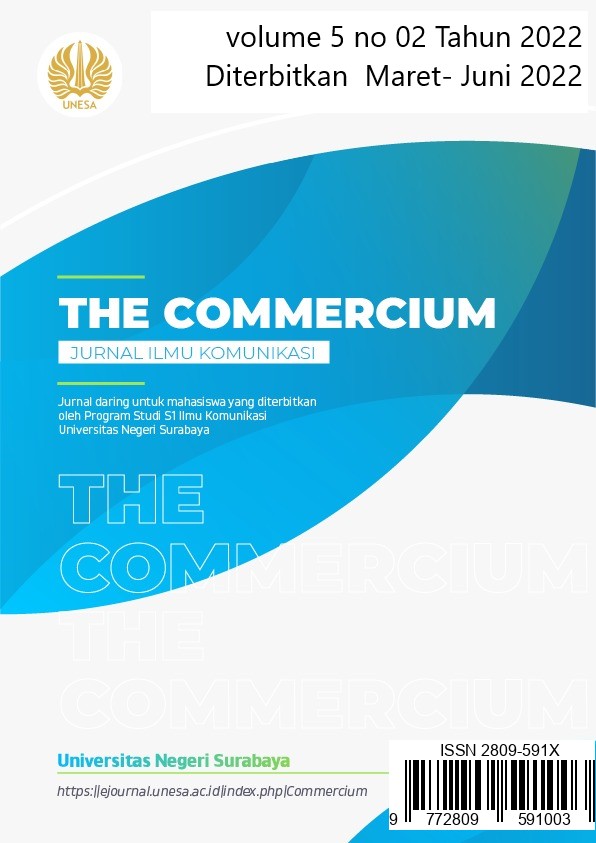