The purpose of the study was to describe the strategies of Civics teachers in strengthening nationalism and the results obtained from strengthening nationalism. The method used in this research is descriptive qualitative research method. The research location is in SMP Negeri 3 Surabaya, precisely on Jalan Praban no. 3 Surabaya. Research data sources are divided into two, namely primary and secondary data sources. The primary data source is the VII grade Civics teacher, namely Mr. Angga, while the secondary data source is the behavior of students. Data collection techniques used are interviews, observation, and documentation. The data analysis technique used is data reduction, data presentation, and drawing conclusions. This study obtained the results that the strategy of Civics teachers in strengthening nationalism was carried out by inserting nationalism in the VII grade Civics learning materials through discovery learning methods, giving assignments, lectures, and discussions. Strengthening nationalism is also supported by the implementation of classroom culture such as praying together, singing the national anthem Indonesia Raya, reading Pancasila texts, applying rewards and punishments, and teachers providing examples to students. Activities outside of PPKn learning that also support the strengthening of nationalism are paskibraka extracurriculars, scouts, musical arts, traditional dances, interesting areas in the school area of SMP Negeri 3 Surabaya such as the national aisle, vertical garden, school farming, and the Javanese zone. Seventh grade students who initially did not reflect the attitude of nationalism after studying in Civics lessons and practicing classroom culture became nationalist attitudes. The results of the implementation of the nationalism strengthening strategy showed that students who initially did not memorize the national anthem and Pancasila became memorized and accustomed to school culture which required students to be nationalistic. 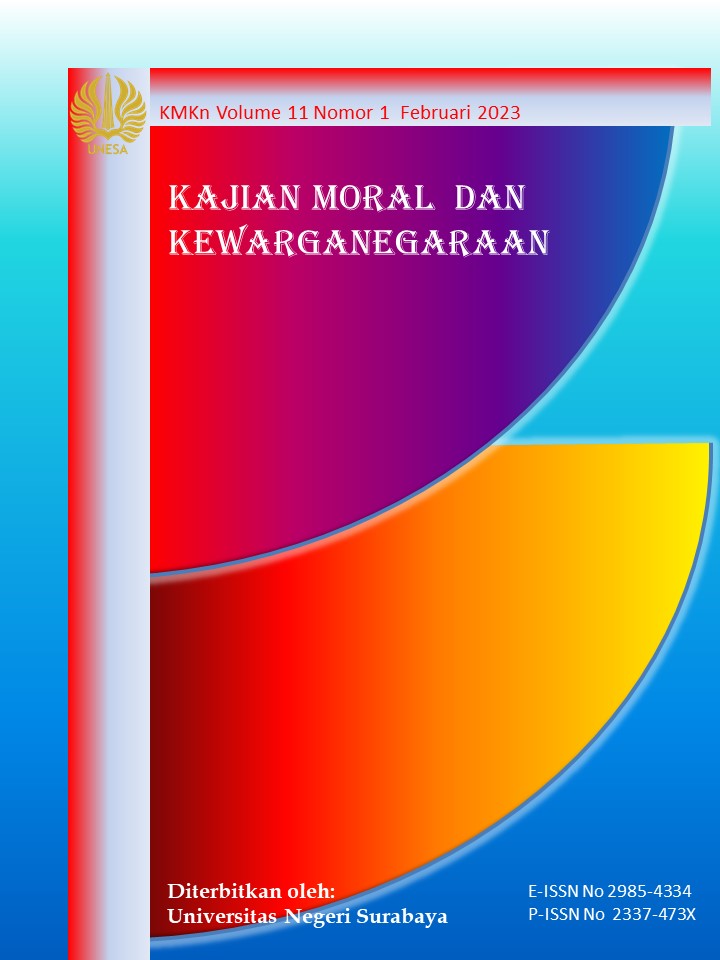