This study aims to describe students' reflective thinking in solving algebraic problems with different mathematical abilities. This study used reflective thinking components by Surbeck, Han, and Moyer, including reacting, elaborating, and contemplating. This study was descriptive qualitative research that used a qualitative approach. The instruments in this study were mathematical ability tests, mathematical problem-solving tests, and interview guidelines. This study was conducted by selecting three subjects from 31 students of SMAN 1 Pacet with female gender who have high, medium, and low mathematical abilities. This study's results were at the reacting stage; the three students analyzed what was known and asked according to the information provided, analyzed the relationship between what was known and asked, and reasons. At the elaborating stage, the three students were able to analyze the theory used. High and low-ability students have encountered similar questions. Medium ability students admitted that they had never met similar questions but examined the differences. High and medium-ability students explain the results obtained in detail at the contemplating stage, check their results, and make conclusions. Low ability students only explain part of the solution because they cannot find the solution. They try to correct their mistakes but give up, so they do not make conclusions. For low-ability students, the teacher can provide practice questions that trigger reflective thinking to solve math problems correctly and improve their weaknesses. 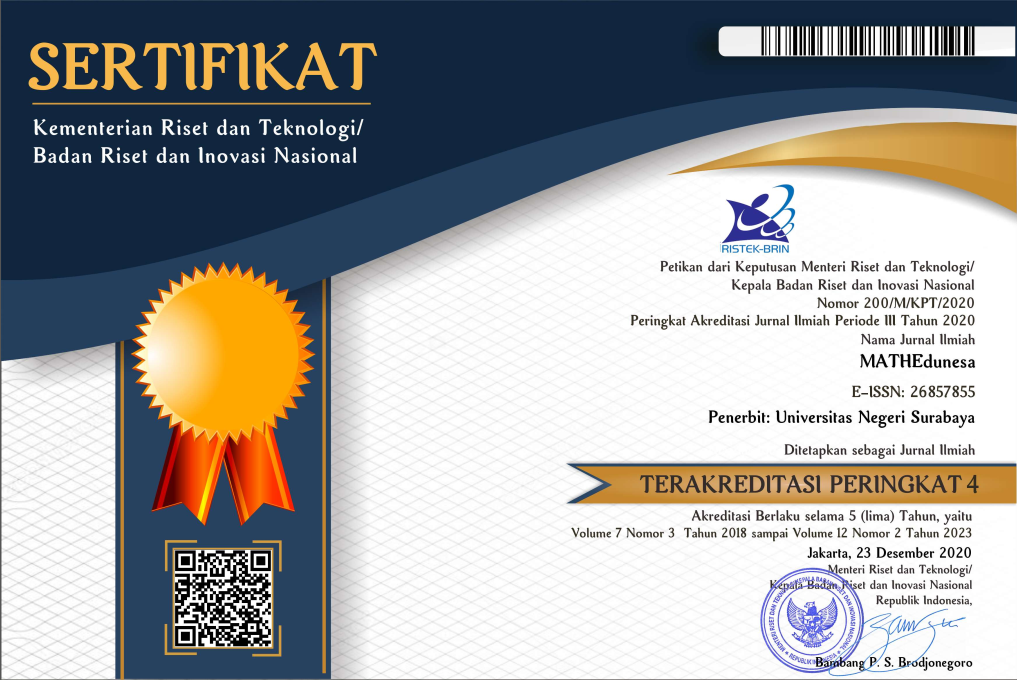